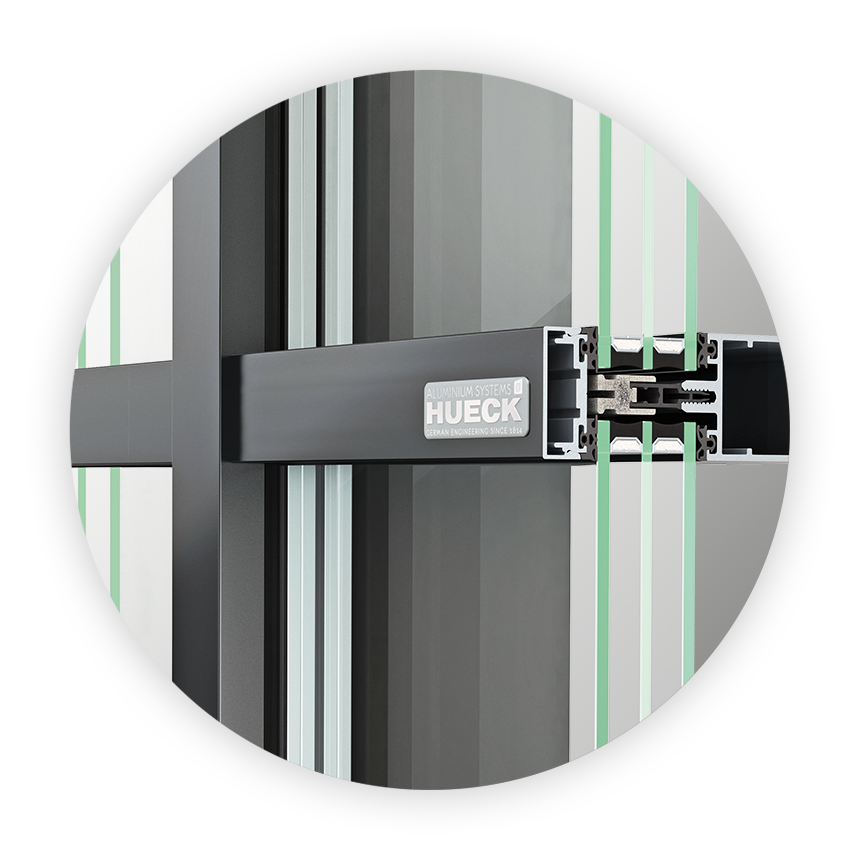 With elevation widths starting from 40 mm, the innovative HUECK Trigon FS aluminium façade also paves the way for very slender design solutions – without compromising on stability, thermal insulation or simplicity of processing. The 40, 50 and 60 mm elevation widths can be combined with one another freely according to requirements. Thanks to a variety of cover profiles, the modular system offers additional design options so that the architect can achieve their desired façade finish. HUECK Trigon FS also impresses from the inside, providing an aesthetically harmonious interior view. 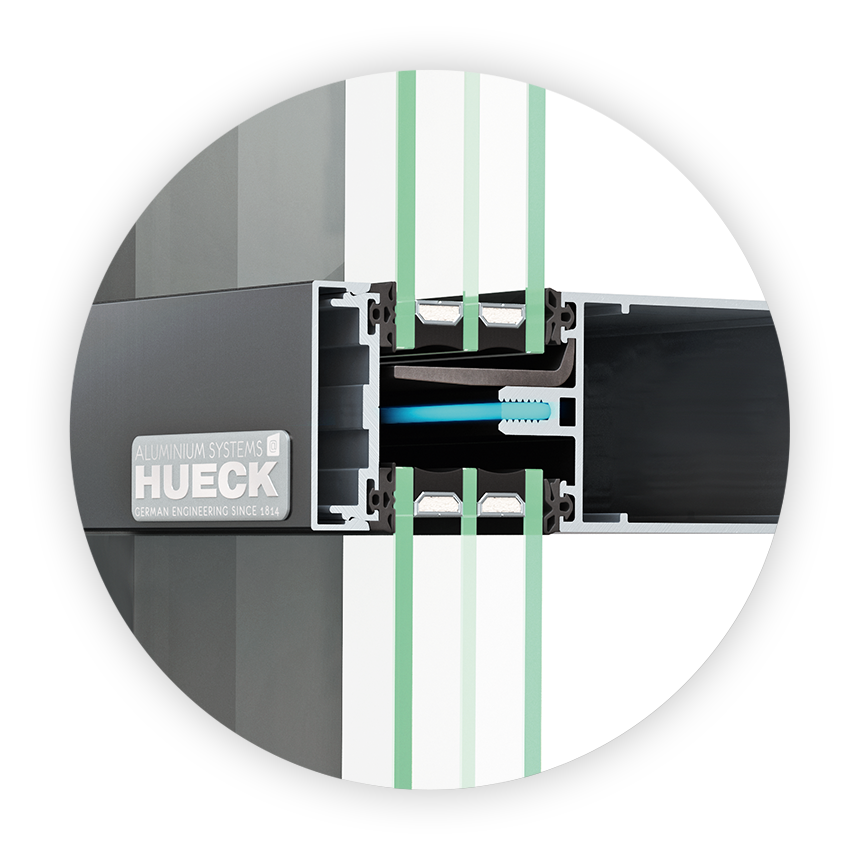 Thanks to sophisticated statics and an intelligent use of materials in the correct locations, it is possible to achieve working loads of up to 360 kg with standard glass retainers and 800 kg by other measures. The special feature here is the pioneering HUECK Boost technology. Through an intelligent combination of T-brackets and glass holder variants, this efficient principle opens up the possibility of increasing the structural support if necessary. For example, the working load can be increased by up to 20% with minimal effort with the help of a tested, standard slide-in module. 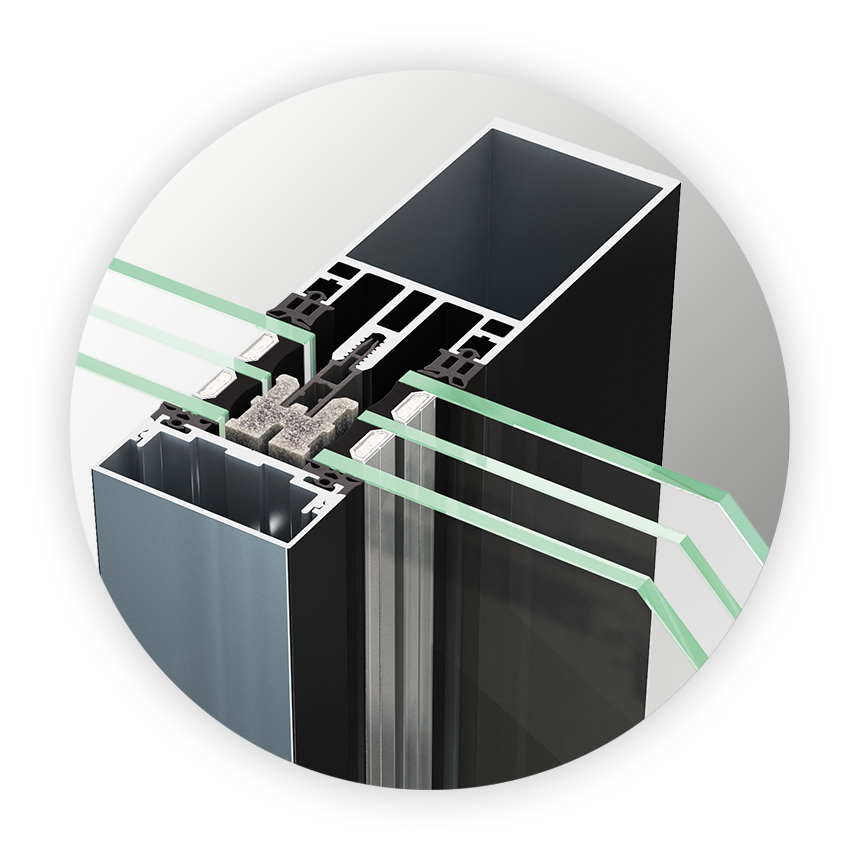 For the most diverse range of requirements and tenders, HUECK Trigon FS is always the perfect choice. After all, it is currently the only façade system that can be used as both a mullion/transom and a transom/transom design in three different elevation widths without limitations. Assembly profiles from the modular system also allow processing as a unitised construction. The 40, 50 and 60 mm elevation widths can be combined with one another without difficulty.

HUECK Trigon FS can also be implemented as a burglar-resistant façade (up to RC3) using the same profiles and without affecting the system’s slender appearance. RC-tested insert elements from the HUECK Lambda WS/DS series can be integrated easily and with no visual discrepancies. 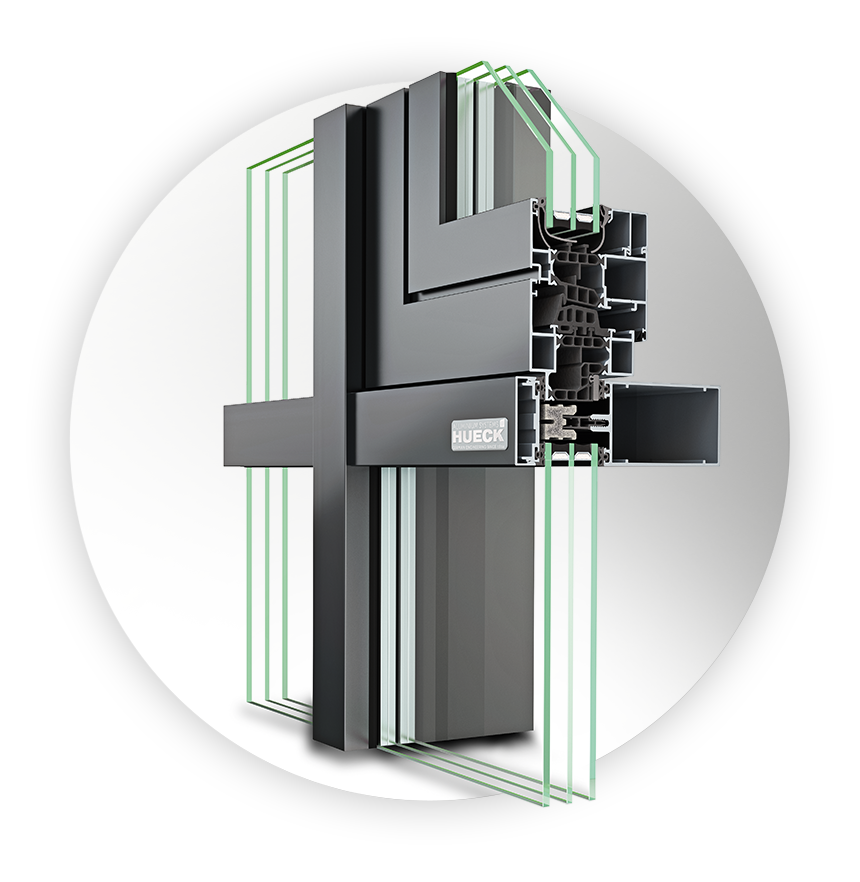 HUECK Trigon FS offers full compatibility within the HUECK product family: thanks to a standardised, cross-series grid, it’s easy to combine the innovative façade system with the HUECK Lambda WS/DS window and door designs. This simply requires incorporation of the appropriate interlocking frames, and the necessary adapter seals can also be clicked into place easily.

Stay up to date about façades and be the first to hear about exciting innovations from HUECK. 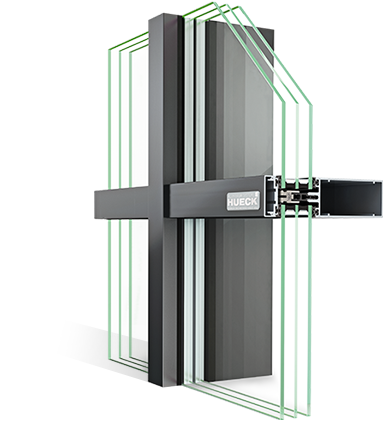